For many people, job security is a must. The same went for Rebecca, so when her husband decided he would pursue a PCS with the US AirForce, she knew it was time to prepare for a new job. To make it more difficult, she did not know where they would be relo 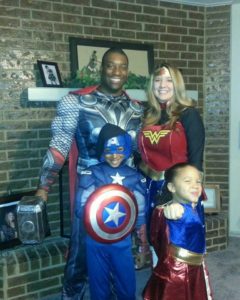 cating or when the move would happen. With so many questions, Rebecca began to feel tremendous stress and struggled to support her husband’s choice to pursue his next promotion. Reluctantly, she began her research into possible jobs in the dental field around the country. They had a list of a few cities that were their top choice for relocation, so while searching in those cities she came across an ad that caught her eye. “Dental Jobs from Home, Anywhere USA” seemed unrealistic and a false advertisement, but she felt persuaded enough to check it out. She clicked around the company website for a bit, impressed by the information provided. Eventually she applied and went through the testing phase; it was then she realized that a company who put so much effort into a difficult and thorough testing process had to be the answer she was searching for. What could be a better dental job for a military lifestyle?

A year later, Rebecca is still with eAssist and can confidently say it has made her life easier in so many ways. It has allowed for her to become her own boss, work at her own pace, and grow when she feels ready and as quickly as desired. Her job is able to go with her wherever life takes her. She can work within a 24-hour window versus a typical 8am-5pm schedule. Not only has it affected her, but also her family. She is now more active in her children’s lives, driving them to school, taking them to dance or basketball. The stress of an office manager lifestyle has melted away to a love of what she does, whenever she does it. She says the reward is visible in her paycheck, her performance is driven by the more effort she puts in, the greater the outcome. She is always looking for ways to become better, to see where she lacks and where she can assist any of her team members.

Balance has come back to Rebecca’s life. She and her husband are at peace with their decisions, knowing her job security is no longer an issue. In the last year, she has began to focus on herself as well. She joined a spin class and started taking voice lessons. She has continued her education and has time to study. Rebecca says “I have felt like I finally have the time to be me again.” eAssist has changed Rebecca’s life for the better in more than one area and we can’t wait to see where it takes her in the future. It has allowed her to grow and become the person she has waited to become, and maybe it can change yours as well.

To listen to Rebecca’s story, be sure to check out this link, https://youtu.be/z6J8w99BpWo.

Adequate business staffing has always been a dilemma in many dental practices. …

Teledentistry: What you need to know in the…

Our partner, Dr. Charles Blair and the team at Practice Booster are…

Our office was undergoing re-credentialing issues with United Healthcare. We had over…