Devon Whaley has been with eAssist for a little over a year. During college, she interned at a dental office and ended up really interested in the claims and billing side. She says, “It’s a ‘strange’ interest to a lot of people I talk about it with, but it’s just an overall rewarding and satisfying department to work in. Being able to see and maintain positive results with the actions I am taking not only affects myself, but it affects the doctors, staff, and patients.”

Devon had been working in the field for over seven years when she found out they were adding a new member to the family. She wanted to find a career that allowed her the opportunity to be home with her babies, but still make a comfortable living doing what she loves. A friend of hers introduced her to eAssist and the rest is history! Devon says it is absolutely one of the best decisions she has ever made for her family and herself.

A favorite aspect of eAssist is the work-life balance gained. Devon says, “ I’ve gained a lot of positives while working through eAssist, but the biggest gain is being able to be up-front-and-center with my children’s lives. I can be there and never have to miss a single milestone.” Devon’s KC Jillian has only great things to say about her. “Devon is a true servant leader. She is organized, efficient, and is calm under pressure! She exemplifies all of our core values and is a such a great asset to her teams and to eAssist!”

An interesting fact about Devon is she often reads or listens to podcasts that are completely opposed to everything she believes in. She likes to challenge her way of thinking as often as possible to gain different perspectives in all areas of life. 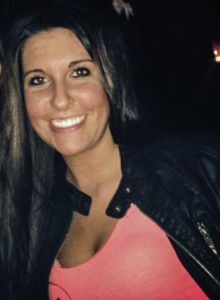 Adequate business staffing has always been a dilemma in many dental practices. …

Teledentistry: What you need to know in the…

Our partner, Dr. Charles Blair and the team at Practice Booster are…

Our office was undergoing re-credentialing issues with United Healthcare. We had over…